I was given various bits of advice leading up to my attending my first DrupalCon ever. The essence of the one that stuck with me the most is:

Plan. Be realistic. Know you won’t see everything, so make what you do see count.

First on the agenda - get the travel bug out of my system.

It was great. I have a new favourite city, and very fond memories of a real, live Van Gogh.
Monday: explore city. Check.

Ok, it’s early. Hmmm, everyone’s pretty enthused… Are those light-sabers? Geez, I thought Dries was a bit taller. Oh. I get it. Haha.

Dries’ talk about his vision of the future of Drupal (if that’s a fair description) was definitely my first real glimpse into the community as a movement, a whole, an international thingy - and I think I’m still ingesting those details, and the ramifications. I’m curious about what the more seasoned members of the local community will take make of it. Is it stuff of inspiration or same ol’? What action comes from a talk like that from Dries, I wonder?

The State of the Front End

These guys might have been sharing opinions about current trends and topics in our industry, but it was the first I’d heard of a lot of it, and I found myself encouraged that other front-end devs navigate the same water as I do.

Getting a Clue at the Command Line

This was interesting for two reasons. Emma Jane used a great analogy as a tool to help people conceptualise unfamiliar ideas and digital spaces. It can be applied to many things, and it’s all really quite philosophical. As a nice balance to the abstract (and to finish off the session) I was given a hands-on run through of a grunt workflow, from people who were no doubt quite expert.

I actually got really fired up about this one. It was unexpected - the title and description didn’t really grab me. It dealt with how to get people involved, on a very practical level. The specific software and tools weren’t the point. It was about people collaborating in code and design, and how to make that as frictionless as possible so the project thrives.

Note to self: check out some of his sci-fi. Rewatch this. Dabble in the grey areas.

Near the end, a point about design patterns forming out of the process of creating, testing, and reacting, was hit upon. I love that stuff. Organic and agile.

As part of the September’s Drupal Dublin meet up, I was party to a preview of this talk by Annertech's own Alan Burke. Seeing it for real was fun. The crowd was really into it, for two reasons. It was kinda new and so a bit controversial. That got people a bit stirred up. More poignantly, and definitely what got people most excited, was that it sounds really awesome.

Seriously. There is one caveat. It’s not quite viable imo. The maintainability of having to copy the html into the sass files is such that I know I won’t do it. But not to worry. It is coming.

John Albin's demo for this talk Flower Power: A Component Style Guide and his slide presentation are both well worth spending some time with.

A nice variation on the keynote. It was snappy and varied. Stella’s talk about Annertech’s internal Drupal 8 build-off - #d8in8 was one of the better ones for content and delivery.

Because it's about the interactions. (Better UX through prototyping)

I like anything to do with sharpies, scissors, scribbling...I could go on. And I really like planning, especially when it means that I can avoid doing hard, messy stuff down the line. I wonder, will I ever attend a prototyping talk I don’t like?

A Drupal Ireland tradition, so I’m told. I spent the night correcting quiz sheets as fast as I could, while maintaining accuracy, and being offered a steady supply of beer. The other Annertech guys raced around the place, which was a really classy, jazz-style club, with a big stage, round tables, and stylish lights. I was exhausted by the end, but totally stoked to be a part of it. As, I think, were most of the (just under) four hundred people involved.

After a week, I was excited to come home and put a few ideas and new tools to the test. I've since watched a few talks I knew I had missed  (the smaller rooms filled up too fast, or I was too slow), and a few talks that have been mentioned to me since. The quality differs - nothing like the real thing - but there's still a lot of great content.

I would encourage anyone to surf the Drupal Association's DrupalCon Amsterdam 2014 YouTube Channel. And start looking forward to the next one - DrupalCon Barcelona 2015 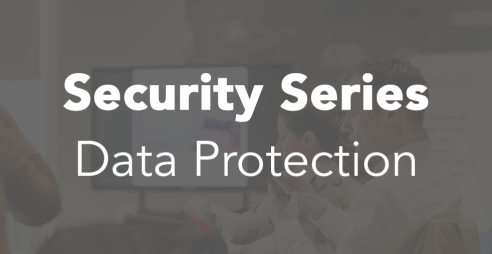