The phrase "We are performing essential maintenance" can fill some hearts with dread.

Sometimes this is out of fear that something is badly broken, or maybe others are annoyed, as their favoured service becomes unavailable for a time. However, the reality is that website maintenance should be fully embraced, as the alternative can be a disaster.

What is Planned Maintenance?

The software lifecycle is lightning fast. Systems emerge and evolve, communities' interests ebb and flow, and entire design systems can become defunct very quickly. It is within this vortex of change that our services, websites and applications live.

Each change, inside or outside the system, can increase the entropy within the system itself. If left unchecked, the growing chaos becomes unmanageable and the system is likely to collapse.

Take, for example, security. At Annertech, we take security very seriously, and have the benefit of the backup of the excellent work done by the Drupal Security Team in managing security releases for Drupal's ecosystem of modules.

Every Wednesday, the Security Team release announcements about any modules which have released new versions to address security concerns. So, an obvious planned maintenance process is to update those modules on a Thursday morning as neglecting these updates is leaving an open invitation to bad actors.

In the modern, Drupal 8 (and now 9), world of code reuse and dependencies from third parties, maintenance is not just about the obvious issue of security. As the system is made up of myriad subsystems all working in concert, it pays dividends to ensure each small part of the system is using the most up-to-date version.

It goes without saying, if you only concentrate on security updates, you get a growing version disparity between the oldest components and those which have been updated. This version gap ultimately results in regressions and broken functionality.

An often-ignored element of maintenance is actually not technical: it is the maintenance of skills of the people using the system. Consider the case where the editors of a system are trained and then leave an organisation. It is important to maintain a level of knowledge of the system through regular refresher training for staff, in case important features go unused.

An even worse outcome is where untrained users experience difficulty, blame the system and resistance towards its use builds. This could result in complete failure of the project as a whole, even after a successful software build.

An often ignored element of maintenance is actually not technical: it is the maintenance of skills of the people using the system.

Though regular maintenance does involve taking the time and effort to perform it, the costs of neglect can be significantly higher.

For example, neglected security patches can lead to security breaches and/or data breaches. Neglected module/library updates can lead to loss of functionality as other software progresses.

Periodically, programming languages retire versions. A case in point is PHP 7.2 is no longer supported after the end of this year, so we need to plan to upgrade all systems to work with PHP 7.4.

Leaving such upgrades until forced to do so by the hosting company results in a chaotic upgrade process and broken systems. Worse still might be the decision to simply leave it with an "ah, sure it will be grand" approach, rendering the entire system unsupported.

Another cost is that of opportunity cost. In this scenario, an under-maintained system may require new functionality which is not available without a significant chain reaction of upgrading. As with the previous example, such a sudden forced chain of upgrade events leads to higher levels of effort, and bigger risks of failure and usually more financial cost.

Regular maintenance is the great enabler of ROI

More frequent, smaller updates, with fewer moving parts, is the key to fully leveraging the benefits of your system.

Think of maintenance less as a burden, and more as a great enabler, which allows you to realise the potential of the system in which you have invested.

Do you need help with the Maintenance of your Drupal Website?

Annertech has a dedicated, ring-fenced, team of support engineers who solely work on support and maintenance of our clients’ websites. 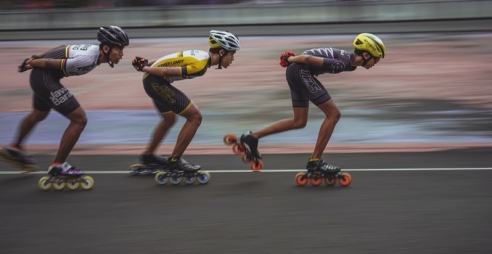 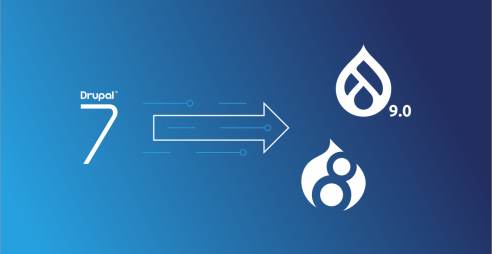 Drupal 7 End of Life - what you need to know