Just a few short months on and I'm back from yet another awesome Drupal Camp Ireland. Over 60 people attended having traveled from all around the country, and even from further afield such as Scotland, England and the U.S. The camp ran over two days and included many presentations from building a simple site to writing secure code to documentation. Not only that, but the Irish Drupal community also built brand new websites for three non-profits in Ireland, Zikomo, Rural Science Association and Shadowbox Theatre Company.

On the Saturday, we held two day-long tracks of presentations, one for newbies and one for more advanced users. Leon Butler kicked off the newbie track with a presentation on his site galwayflux.com. This was particularly interesting as Leon is relatively new to Drupal and was able to show how easy it was for him to put together a site with no coding and just some basic HTML knowledge.

Then came the "hard-stuff" :) I did a live demonstration on how to build a simple site, which contained a blog, contact form and a handful of static pages. I then followed it up with another presentation on CCK and Views which resulted in the site gaining an image gallery, complete with Lightbox2. This was done for Shadowbox Theatre Company which is a small non-profit who lost their funding earlier this year. They work with both the elderly and groups of people living with mental and intellectual disabilities through theatre.

We were also honoured to have Lullabot's very own Addison Berry (add1sun) in attendance. She did an excellent presentation, "Documentation is hot!", which really encouraged our new Drupal users to get involved in the community. She then did a similar presentation in the advanced track, as well as talking about usability. We were really delighted that she was able to come, and hope that she can come back to our next one! :)

For the advanced track, we went for the unconference approach. This didn't work as well as we hoped as there were a lot of requested topics but not enough "experts" to cover them. However, we did have some interesting presentations on security, RDF and Drupal 7. In retrospect, we should also have added an intermediate track, as there were some people who knew the basics, but weren't quite ready for the advanced track. Hopefully we can add this next time round.

Sunday saw us split into two teams, led by myself and Alan Burke, for the site-building challenge. Two months ago we invited Irish charities and non-profits to apply for a free Drupal website. The response was amazing. We had almost 50 applications, all from very worthy organisations, which made it quite a difficult decision to make. In the end we decided on Zikomo, which is a charity group committed to fostering long-term self-sufficiency in southern Malawi, and Rural Science Association, who work in the area of rural development.

Both organisations worked with us, adding content, uploading images and so on. The sprint lasted just over 6 hours and at the end we had two great sites. After some difficult deliberations, and only a two point difference out of a total of 100, the Zikomo team were deemed the winners. However both teams received prizes, from Drupal books to t-shirts to Flickr Pro accounts. A number of companies sponsored the prizes, including Lullabot, Packt, Connemarathon and DFSA. We also gave all three of the non-profit organisations a year's free hosting in addition to their new websites.

While the site-building challenge was happening, Addison ran a documentation sprint. A number of new Drupal users worked with her, which was great as they were able to provide an outsider's perspective. They went through the Getting Started handbook and the Drupal Cookbook, identifying areas needing clarification and fixing, and giving Addison lots of useful feedback.

Thanks to our sponsors, we were able to hold the event free of charge. The DERI Institute in Galway provided us with a free venue and IO1 supplied lunch on both days.

At DrupalcCn Szeged, Stéphane Corlosquet, Alan Burke, Heather James and myself decided that we wanted to raise the profile of Drupal within Ireland, and since then we've done just that. In the past 6 months, we've had two Drupal Camps, the first of which saw a 5 fold increase in the number of people attending. We've started organising local monthly Drupal meetups, and have seen a massive increase, both in terms of members and activity, in the Ireland Drupal group on groups.drupal.org. Here's hoping we can keep up the momentum!

We're all delighted with the success of our latest Drupal Camp, and have even started planning the next one! All going well, the next event will be held in Belfast in October later this year, with Stephen Gray and Feargal O'Kane heading up the organisational team. I'm sure it'll be another fantastic event and I, for one, can't wait! 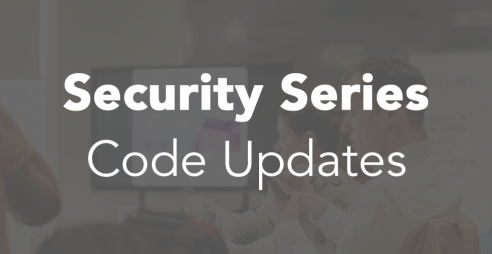